They Have Your Spirit 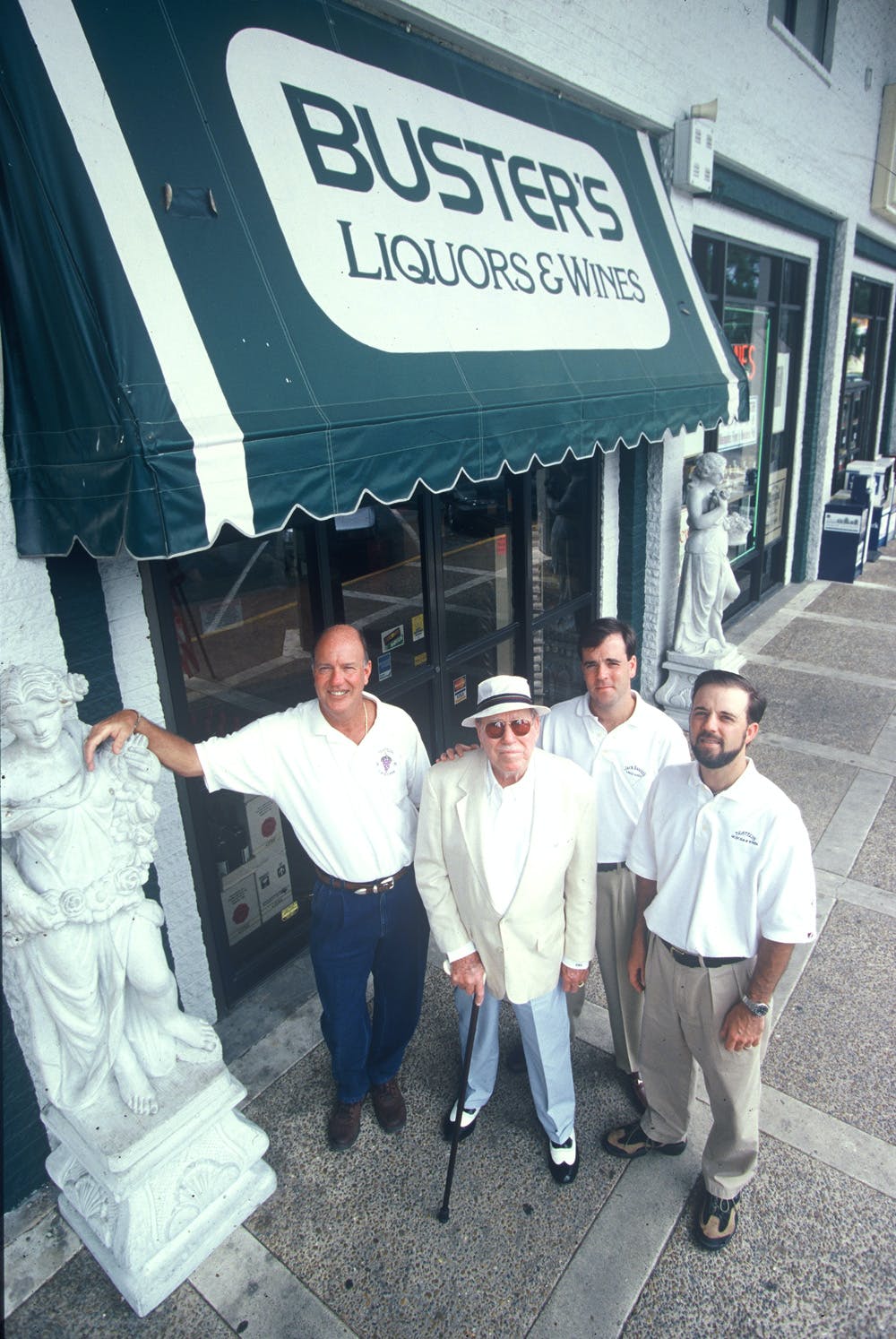 2013
R.M. Buster Hammond Jr. founded Buster’s Liquors & Wines Inc. (Buster’s) in 1954. In its third generation of family ownership, the growing business offers a selection of wine, liquor and high-proof beer, boasting “if we don’t have it, you don’t need it.” The company has garnered recognition for quality in selection and service on a number of occasions, as quality in selection and service on a number of occasions, as Buster’s was voted the premier wine shop and liquor store for the Memphis Flyer’s reader’s poll for nearly two consecutive decades. The shop has also made the Top Ten Wine Shops twice in the United States in Wine Spectator’s Market Watch Magazine.
Still family-owned and -operated, Buster’s strives to provide the best selection in the state. And the Memphis, Tennessee based business succeeds, with spirits from the local region and abroad. “We have one location,” says Joshua Hammond, president of Buster’s. “You cannot franchise stores in Tennessee. It may appear as a hindrance, but it’s also been a deterrent for entry. Not allowing multiple stores prevents large chains from setting up shop all over the state. The law was set up during prohibition."
Despite not being able to branch out geographically, Buster’s has grown to become the largest spirits retailer in the state. With 10,000 square feet, thousands of options and a company philosophy that champions customer service, Buster’s is thriving.
All in the Family
Joshua has been in the booze business for 20 years, working at the family store since 1993. “My older brother, Morgan, operates as CEO and my twin sister, Ana is our manager.” Joshua, Morgan and Ana are all co-owners of Buster’s and are actively involved in the company’s daily operations. “Our father recently transferred nearly all ownership to us in December.” Though Buster’s is truly a family affair, Joshua is quick to note that the family-feel extends through the ranks and onto the sales floor, blurring lines of blood relation and not.
The Hammond family values loyalty, and Joshua notes that his team is starting and initiative to give thanks. “We are planning to introduce a loyalty card later this year.” he says. “We’ve also launched our new website and we have new customers placing orders, which according to Google Analytics, we’ve had 29,000 unique visitors to our website since November, and are averaging approximately 200 visitors per day. So, it has been a sound investment getting that kind of online recognition and we are already breaking even on the costs incurred with sales received online.” Though state law prohibits Buster’s from shipping alcohol, an easy online ordering system makes it easy for new and repeat customers to shop.
Buster’s broad selection changes regularly, incorporating new products and special editions. “Recently we had the Frank Sinatra Jack Daniels Tribute Bottle, which retails at $160 and is only sold in Tennessee,” says Joshua. “We also sell a number of staff selected single barrel bourbons. Jack Daniels single barrel is another one. We go through eight to nine single barrels of Jack every year.” An impressive feat, and on that Joshua is especially proud of.
“One of our poplar picks is the Eagle Rare from Buffalo Trace; that is another one we buy as a single barrel,” he continues. “Buffalo Trace also does an experimental collection. They have about 1,500 going on that get released in batches. French Oak is my personal favorite. There is a range of different recipes and collections. It’s very rare.”
In true down-home, family style, Buster’s offers several local libations. “We carry Old Smokey Moonshine and Corsair, which are both from Tennessee,” Joshua says. “We carry Prichards, which started as a rum distillery. We have their double chocolate bourbon and a single malt whiskey. We carry their Sweet Lucy, a bourbon and apricot brandy. That started as a hunters concoction while duck hunting. Finally, Prichard’s came out with that blend for sale.
Other local flavors include specialty Whisper Creek Tennessee Sipping Cream, and a selection of local wines and beers. “The craft beer landscape is changing drastically,” Joshua notes. “The market grew 13 to 17 percent in volume in the lsat year. There is one local brewer in Memphis, Tenn., and three more opening this year.
Market Maintenance
The Tennessee State Senate is weighing in on a piece of of legislation in spring 2013, as well. Nicknamed the Tennessee Wine Bill, the referendum seeks to open up sales for alcohol on Sundays and holidays while simultaneously allowing grocery stores to sell wine in every county.
“Our biggest concern right now is legislative issues that might affect our business,” says Joshua. “The bill would drastically change the way that wine is sold and distributed in Tennessee by opening up the number of outlets sixfold. How do you maintain a level playing field for all of these family-owned retailers?"
Additionally, the economic downturn has affected the wine business as it has almost every industry in the United States. “This economy means that everybody is is tightening their belts and more closely managing expenses,” the company president explains. “We want to make our overall operations more efficient. We’re in a holding pattern right now. We feel that this legislation has hampered our plan to move forward with expansion. In this climate, we have to focus on value. Buster’s will continue to focus on delivering quality to customers. The team’s unmatched knowledge and service will allow the business to continue steady growth, despite the challenges. Joshua and his team are comfortable with making adjustments, which will continue to be a key ingredient to the longevity of Buster’s Liquors and Wines Inc.
Back to Our Blog